Surprised in Buenos Aires, the most cosmopolitan city in Latin America 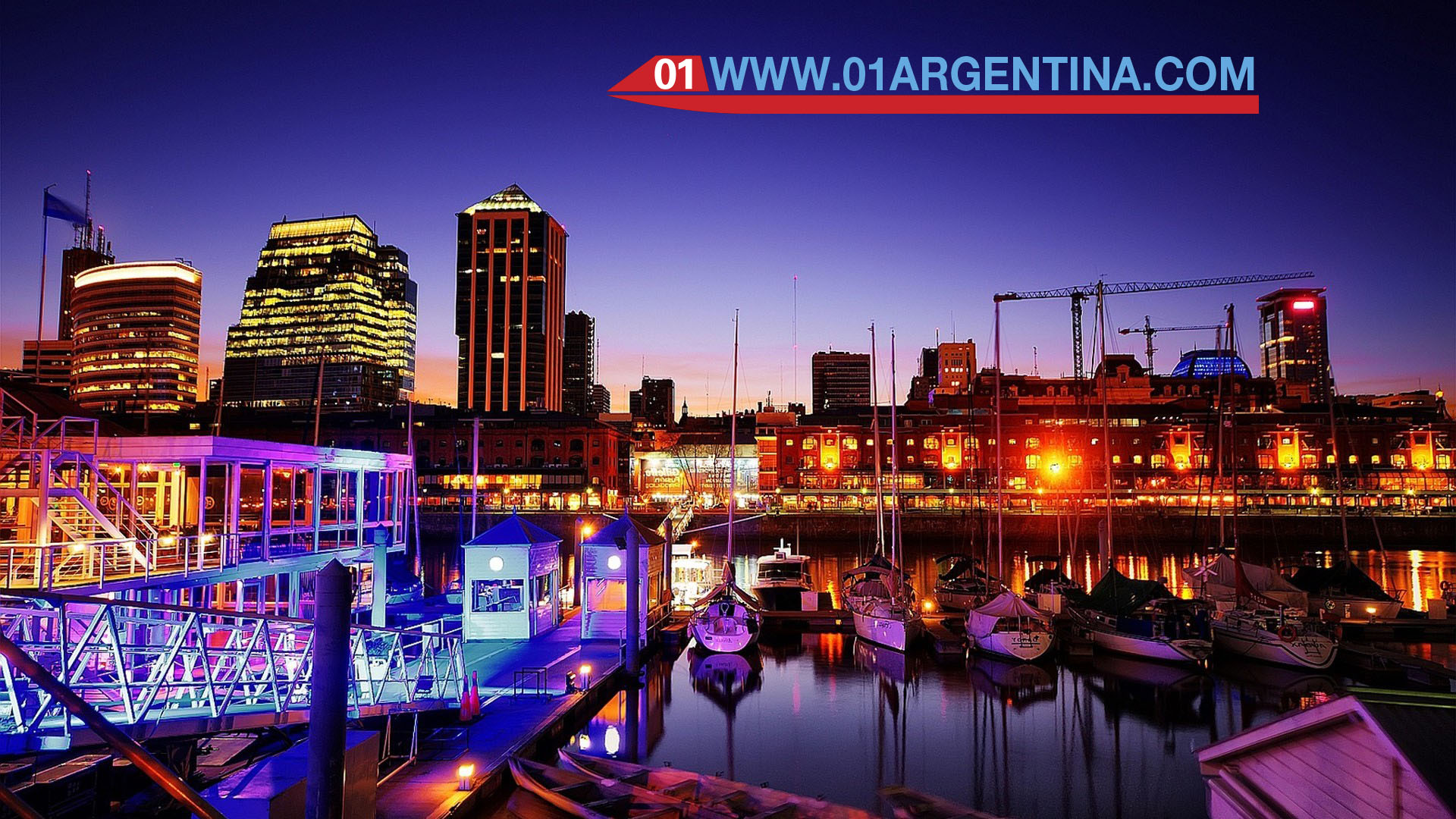 The great capital is renowned for its vast cultural and recreational offer that shakes the neighborhoods 365 days a year during the day and night.

The Colón Theater and small experimental theaters (especially located on Corrientes Avenue), old bookstores and new cultural centers; more than 100 museums and art galleries; huge crafts fairs and modern shopping centers; historic cafes; complexes to enjoy the tango and the milongas; discos and bars with international music; restaurants of all styles, casinos and the most passionate football matches, find their place in this great metropolis. Optional excursions in Buenos Aires, we find the Paraná Delta, one of the richest ecosystems in the country and one of the most visited proposals in the province.

You can walk the city walking the neighborhoods, from the most traditional like San Telmo, La Boca, Congress or Abasto, to the most stately as Recoleta or Belgrano, passing by the most modern as Palermo and Puerto Madero, cradle of avant-garde design.

You can make themed rides, following in the footsteps of Moving away from the city to the north,  tango or Argentinean characters such as Gardel, Evita or Borges. For those who enjoy sailing, another option is the walks in the Rio de la Plata and for the more unstructured, the streets of Buenos Aires always invite you to go aimlessly, guided by the curiosity to discover the endless attractions that shine in this great city.

From the city of Tigre you can navigate its canals, know its history and relax in a walk that is complemented by craft fairs and an amusement park that is very entertaining for the whole family. The Atlantic Coast, the region bordering the Argentine Sea, is a fantastic summer attraction. Spas come alive between December and March although some strategic points, such as the city of Mar del Plata, are visited all year round and appear as highly sought after destinations for business or meeting tourism. In any direction chosen, the province is the cradle of the Gaucho Culture. Stays and picnics in which the famous barbecues, folklore shows and creole skills on horseback are offered, are classic proposals that spread throughout the region. You can also find polo resorts, golf clubs and many other alternatives that combine recreational with accommodation, in a green environment and natural calm. Pampas, sierras, dunes, beaches, rivers, lagoons and hot springs; the diversity of contrasts ensures that in the province of Buenos Aires, no visitor will stop enjoying.

In the heart of the big city, and in the immensity of the Buenos Aires fields, it plays golf with the same passion with which the Argentines live each sport.
Among the diversity of proposals offered by the city and the province of Buenos Aires, golf is positioned as a safety pin. The Golf Course of the City, located inside the gardens of Palermo, is one of the most emblematic walks of Buenos Aires. Within walking distance of the capital are some of the most traditional and prestigious fields of the country. With a long history and international reputation, many have hosted international events and are the favorites of golf professionals. Inland, the province of Buenos Aires hides pearls of golf. The rural villages of San Antonio de Areco, to the north, and General Madariaga in the south, host colonial stays converted into comfortable lodgings that invite you to play golf in the land of the gaucho while knowing other typical Argentine sports like the polo and duck.

The islands in the El Tigre delta

Nature, culture, fun and stories of ancient times by the river.
At 32 km from the bustling, always effervescent city of Buenos Aires, the Tigre Delta offers a unique encounter with nature and history. Here, the Paraná River opens up forming its own delta and a multitude of canals, streams and (other) rivers take over the landscape. Knowing it is easy. Taking the train from the coast at Maipú station, bordering the river, you reach the Delta station, once there the alternatives are multiple. You can choose between a tailor made excursion or go through the canals in one of the collective boats used by the islanders to get around in their daily lives. During the walk you can visit an area of ​​islands interconnected by bridges and paths, approaching a white house protected by a giant glass urn that was owned by President Domingo Faustino Sarmiento in the 19th century, visit the houses of Haroldo Conti in Arroyo Gambado and Rodolfo Walsh on the river Carapachay, eat in a typical riverside restaurant or walk aimlessly between splendid willow trees. To the side of the river, the options of the Parque de la Costa, the Trilenium casino, the village of Marcos Sastre, the Remo Club building known as the Tigre Hotel, the pergolas of Manuel Belgrano square, the Naval Museum of the nation. Before returning, it is well worth spending a few hours to shop at Puerto de Frutos, a famous open-air market located between streets dressed in the colors of rustic fabrics, furniture, ornaments and accessories made from cane and wicker; a world of counters where you can taste delicious sweets and homemade honeys; acquire bright flowers and, of course, all the variety of local fruits.
To enjoy the unlimited horizon of the water, starting from the city towards the northbound river, it is best to access the Paseo de la Costa, in Vicente López. Later, we will see the silhouette of the Millennium Monument and, in La Lucila, the small Ecological Reserve of Vicente López will allow to observe more than 200 varieties of birds. At this point, the Tren de la Costa looks out over the river at an old branch which, since 1896, has connected the Retiro station in the capital of Buenos Aires with the town of Tigre in the province of Buenos Aires. On the way, San Isidro station is a must stop. Zone parceled according to the legend by the same Juan de Garay, founder of the city of Buenos Aires, in 1706 Sunday of Acassuso decided to raise there a chapel under the protection of San Isidro Labrador. In 1898 the Cathedral of San Isidro was inaugurated in neogothic style. Worth stopping your visit. Nearby, there is the Pueyrredón Museum and, next to El Tigre, near the station Punta Chica, stands Villa Ocampo, a 19th century residence surrounded by a magnificent garden that belonged to the writer Victoria Ocampo. Once in the Tigre, the view of Puerto de Frutos marks the end of the train journey. And, thus, the beginning of a new traveling experience, this time, in the river. 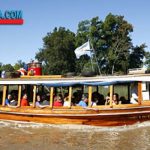 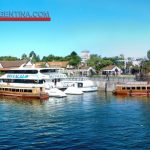 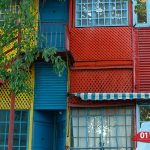 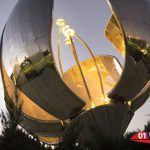 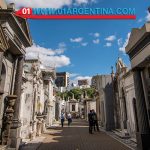 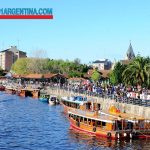 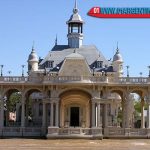