Inaugurated on February 18, 1883, was the church of his childhood and adolescence. Here, at age 17, decided to devote his life to God. On March 19, coinciding with the feast of St. Joseph, patron of the basilica, Archbishop Jorge Mario Bergoglio decided to start his pontificate.

The December 17, 1936 was born in Buenos Aires, the first son Mario Bergoglio composed and Regina Maria Sivori. Here he spent his early years with his parents and four younger siblings.

In 1875, the neighborhood of Flores received the first Daughters of Our Lady of Mercy, who would take over the chapel and school.

«Herminia Brumana» is in Membrillar and Francisco de Bilbao, where he played ball with his friends.

In this school Jorge Bergoglio completed his primary.

At age 13, he was enrolled with his brother Oscar, as a pupil for one year at the College Wilfrid Baron of the Holy Angels, an institution belonging to the work of Don Bosco.

The Archdiocese of Buenos Aires is divided into four areas called vicars: the flowers, the Belgrano, the Devoto and the Centre. In 1992, Jorge Bergoglio was ordained Bishop and Episcopal Vicar of Flowers, a post he held until 1997, being promoted to Coadjutor Archbishop of Buenos Aires.

The prison, which opened in 1927, is in charge of the Federal Penitentiary Service since 1957. Today is the only one operating in the territory of the City. Bergoglio Cardinal blessed the chapel, his works and Masses celebrated Holy Thursday.

The May 27, 1897 the foundation stone was laid of the building, designed by Peter Coni Civil Eng. At age 22, Jorge Bergoglio entered this diocesan seminary. This is where he decided to become Jesuit and then left this institution to begin the novitiate of the Society of Jesus in Chile.

In this temple, dedicated to St. Joseph and opened in 1939, is the sanctuary of the Virgen Desatanudos. This image was brought from Germany in the late 80’s, on the initiative of Bergoglio and became one of the most popular devotions of our City.

Recently enhancement, this integrated dry place at Teatro Colón, pays tribute to the Vatican which, Pope Francisco is its highest authority.

The first Cathedral of Buenos Aires was erected in 1622 in the same place. The final construction began in 1752 under the direction of Italian architect Antonio Masella. In 1822, the French Prospero Catelin and Pedro Benoit designed the neoclassical facade, with columns representing the twelve apostles. Then in 1860 the French sculptor Joseph Dubourdieu made the bas-relief of the frontispiece, which represents the meeting of Jacob with his son Joseph in Egypt. Finally, in 1877 the architect Henry Alberg reformed one aisle to give the mausoleum of General Jose de San Martin, sculptor Albert Ernest Carrier-Belleuse. In 1942, the Metropolitan Cathedral was declared a National Historic Landmark.

Since 1998, the current Pope, Jorge Bergoglio, assumed his duties as Archbishop of Buenos Aires and was commissioned to lead the Archdiocese until his consecration as pope on March 19, 2013.

Here are the authorities and seat units of the metropolitan curia. It is the seat of the Archdiocese of Buenos Aires and was the place of residence and work Bergoglio until his appointment as Pope in Rome.

College Church of the Salvador

After the expulsion of the Jesuits by royal decree in 1767, its assets were in the hands of the Board of Temporal. Upon his return and faithful to the characteristics of the Society of Jesus, the Jesuits decided to build new schools. In 1868 the College opened the Savior and years later, in 1876, the church opened. In their classrooms, Bergoglio was professor of literature and psychology during the 60 ‘.

Founded by the Society of Jesus, is today one of the most prestigious universities of the City. Since 1973, designated as provincial of the Jesuit order in Argentina, Bergoglio was responsible for its operation until 1975, in which he was entrusted to a group of lay.

The construction of this church was built at the behest of the first Archbishop of Buenos Aires, Monsignor Mariano José de Escalada, seat of the Jesuits to mark the return of the order to the city and worked as a provincial headquarters. Beside her, ran the Theological Seminary of the Archdiocese of Buenos Aires, which was conducted by the Society of Jesus.

Built by the architect Eugenio Gantner at the request of the brothers Roverano, the passage was opened in 1878, the first passage of the City.  Among the many shops, is located here Hairdressing and Barbering Roman who had to Bergoglio as a customer for several years.

From this position of newspapers and magazines, Jorge Mario Bergoglio received daily newspaper in the Archdiocese, except on Sundays, when it was responsible for personally go look.

It began in 1686, on the adobe walls of a temple existed at the site. It opened in 1722, the work was provided by Jesuit architects Krauss, Bianchi and Primolo Prímoli.

At the end of S. XVIII worked as Cathedral and became military headquarters during the resistance to the English invasion of 1806. After the expulsion of the order, in 1767, settled there medical school, the national library, the first national museum, the University of Buenos Aires, the first theater in Buenos Aires, the Academy of jurisprudence, the faculties of architecture and science exact.

Under the apple runs a network of tunnels linking XVIII XVII century buildings with a strong center of Buenos Aires.

The Order of Friars Minor (Franciscans) was the first to settle in Buenos Aires. It was founded by St. Francis of Assisi in 1209. This Santo, Jorge Bergoglio took the name as a symbol and guide of his pontificate.

The first church was built in the early seventeenth century, but the current was begun around 1731 on a project by architect Andrés Blanqui and had changes in the twentieth century by the architect Sackman.

In the nave was placed designed by Horacio Butler «The glorification of San Francisco».

In 1884, Almagro opened the House of the Society of the Sacred Heart. Originally worked as a school and boarding school and, over the years, this institution was growing and incorporating other levels of education. Here he spent his last years the Servant of God Martha Pereyra Iraola. His funeral was attended Bergoglio, who years later signed began the process for his beatification and canonization.

This sporting institution originated in 1907, thanks to the work of the Salesian priest Lorenzo Massa Bartholomew Martin, San Antonio oratory manager.

Years later, in the 40 ‘, Jorge Bergoglio concurred with his father Cyclone parties. Since that time the names resonate Golden Trio: Farro, Pontoni and Martino.

Belonging to the Congregation of the Salesians, founded by St. John Bosco in Italy, the basilica was built by architect Ernesto Vespignani Salesian and inaugurated in 1910. Here, the December 25, 1936, Bergoglio received the sacrament of baptism. By his fervent devotion to Mary Help of Christians, used to preside over the celebrations of the Virgen of May 24. 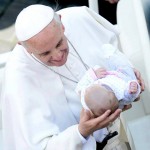 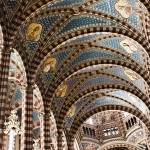 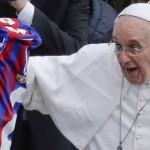 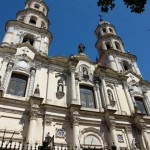 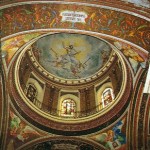 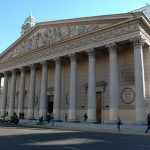 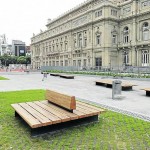 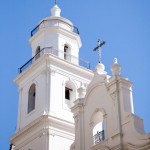 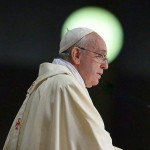 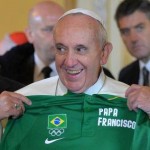 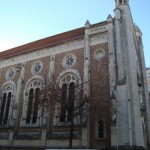 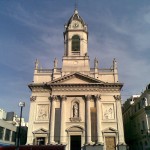 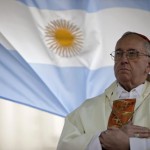